Vision loss in glaucoma may be due to immune response

In glaucoma, pressure builds up inside the eye and damages the optic nerve, which leads to vision loss. However, scientists note that even in some people treated for the pressure buildup, who regain regular intraocular pressure, vision loss still occurs. New research finds out why that is.Scientists uncover a hidden culprit in glaucoma: the immune response.

Dr. Dong Feng Chen and his colleagues — at Massachusetts Eye and Ear in Boston and the Massachusetts Institute of Technology in Cambridge — were interested in learning why people with glaucoma who undergo treatments to lower their eye pressure are not always protected from progressive loss of eyesight.

Also, some people diagnosed with glaucoma do not, in fact, have abnormal pressure inside the eye.

So, the researchers suspected that the reason lay beyond the buildup of pressure on the optic nerve, and they turned their attention to the activity of immune cells in the eye.

Their findings — which appear in the journal Nature Communications — indicate that an immune response to bacterial exposure may actually drive loss of vision, and this discovery, the team hopes, could lead to better, more targeted treatments of this eye condition.

“Our work shows that there is hope for finding a cure for glaucoma, or even preventing its development entirely, if we can find a way to target this pathway,” explains Dr. Chen.

“Current glaucoma therapies,” the researcher goes on, “are designed solely to lower eye pressure; however, we’ve known that, even when patients with glaucoma are treated and their eye pressure returns to normal, they can still go on to have vision loss.”

“Now, we know that stress from high eye pressure can initiate an immune response that triggers T cells to attack neurons in the eye.”

After some analyses of mouse models of glaucoma and blood samples from people diagnosed with a common type of glaucoma, the researchers identified the mechanism leading to progressive and permanent loss of eyesight.

The authors explain that when excessive pressure builds up in the eye, it stimulates the expression of a type of protein known as “heat shock proteins,” or “stress proteins,” which play a key role in certain immune responses. 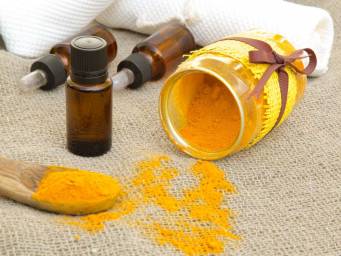 How a turmeric compound could treat glaucoma
Can a drug based on a common spice be used to protect eye health?
READ NOW

When these proteins are released, memory T cells (a type of immune cell) promptly respond, and they do so by attacking the retinal ganglion cells, which are a type of neuron that receives visual impulses from photoreceptors and then transmits this information to the brain to be decoded.

As a result of the T cells’ attack, the optic nerve is damaged and loss of vision follows.

Exposure to bacteria may be key

Dr. Chen and colleagues found that mice with glaucoma lost retinal neurons only if they expressed functional T cells. Additionally, in order for T cells to attack the retinal ganglion cells and damage the optic nerve, the mice had to have been exposed to bacteria in their environment.

The mice that grew up in an entirely germ-free environment did not develop signs of glaucoma, even when they had elevated eye pressure.

In addition to these in vivo experiments, the research team also looked at blood samples from people with the most common type of glaucoma — namely, primary open angle glaucoma.

The team noticed that in samples taken from people with glaucoma, T cell activity was more than five times higher than in blood samples collected from individuals without glaucoma.

Thanks to this discovery, Dr. Chen and team believe that, in the future, experts may be able to target T cell activity in the eye in order to prevent full loss of vision in people with glaucoma.

Moreover, the researchers note that since heat shock proteins play a role in other eye and brain conditions, their new findings may even have a wider application.