Many people think cataracts only happen to older people, but children can get cataracts too. Both pediatric cataracts and cataracts from aging are a clouding in the lens of the eye that can cause blurry vision or blindness.

In adults, cataracts occur after the eyes and vision are developed and stable. Most adults can have good vision again after the cataracts are removed. Because children’s eyes are still developing until they’re 8 or 10 years old, untreated cataracts can have serious long-term effects on their vision. But early detection and prompt treatment can prevent permanent vision loss in children with cataracts.

Types and Causes of Cataracts in Children Vary 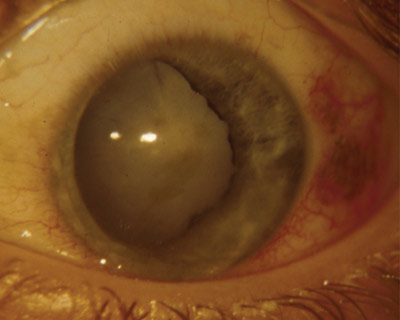 A traumatic cataract in the eye of a child. The injury also damaged the iris. 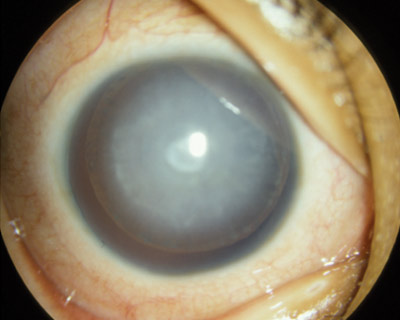 Pediatric cataract in the eye of a child born with aniridia (missing iris).

Treatment for pediatric cataracts can vary depending on the type and severity. But the vast majority of children need surgery to remove the cataracts. Unlike adults with full-sized eyes, children require specialized surgical instrumentation and techniques. When performed by an experienced surgeon, cataract removal is generally safe. The most common risks include glaucoma, retinal detachment, infection and the need for more surgeries.

For most children, surgery is just the first step to rehabilitate the eyes. Ongoing treatment must repair eye-brain connections. This involves teaching the eyes how to focus properly.

After surgery, children often need some combination of contact lenses, intraocular lensesimplanted in the eye or glasses. If amblyopia has developed, the child may need patching. This treatment involves covering the stronger eye to stimulate vision in the weaker eye.

Children who receive timely treatment and follow-up have a good prognosis. Successful outcomes may require years of individualized visual rehabilitation.

Content shared from The American Academy of Ophthalmology.
Learn more about pediatric cataracts

Due to COVID-19 we are triaging referral requests for urgency, so there may be a short delay in scheduling certain types of appointments. We appreciate the trust you have placed in us as we continue to serve the community. Please do not hesitate to contact our offices if we can be of any assistance.

Thank you for your support!